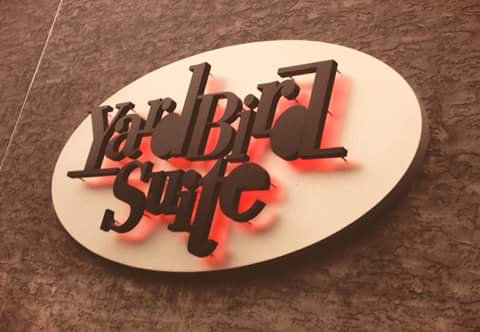 Every weekend between the middle of September and the end of June a unique and innovative jazz experience unfolds in the Yardbird’s casual and intimate atmosphere. In addition to averaging 75 concerts a season the Yardbird currently hosts weekly Tuesday night jam sessions, sponsors the Littlebirds Big Band, presents Jazz For Kids events, and hosts the Yardbird Festival of Canadian Jazz. All while providing rehearsal space for some of Edmonton’s top musicians. The Littlebirds started in 1990 as part of an education program run by the Yardbird Suite. Gordon Towell was the director of the youth band that met every Saturday morning from 9am to 12 pm. Gordon’s tenure was short lived as he returned to school to start a doctoral degree. Dean McNeill was the next director of the Littlebirds and perhaps best known for establishing the band as one of western Canada’s finest groups. Dean also heard the call of school and left the band to Jerrold Dubyk who directed the band for 2 years. In the fall of 1998 Craig Brenan took over the band and made a few changes related to rehearsal times. Joel Gray took over as director in 2004, and the Littlebirds continue to flourish and develop, sustaining their high level of musicianship.

The Littlebirds Big Band experience has a profound and lasting impact on the lives of Littlebirds members. Some become music teachers or professional musicians. All are motivated students sharing a love of music. The Littlebirds season includes regular weekly rehearsals from September through May, participation in local Jazz festivals, and occasional participation in the Edmonton International Jazz Music Festival.