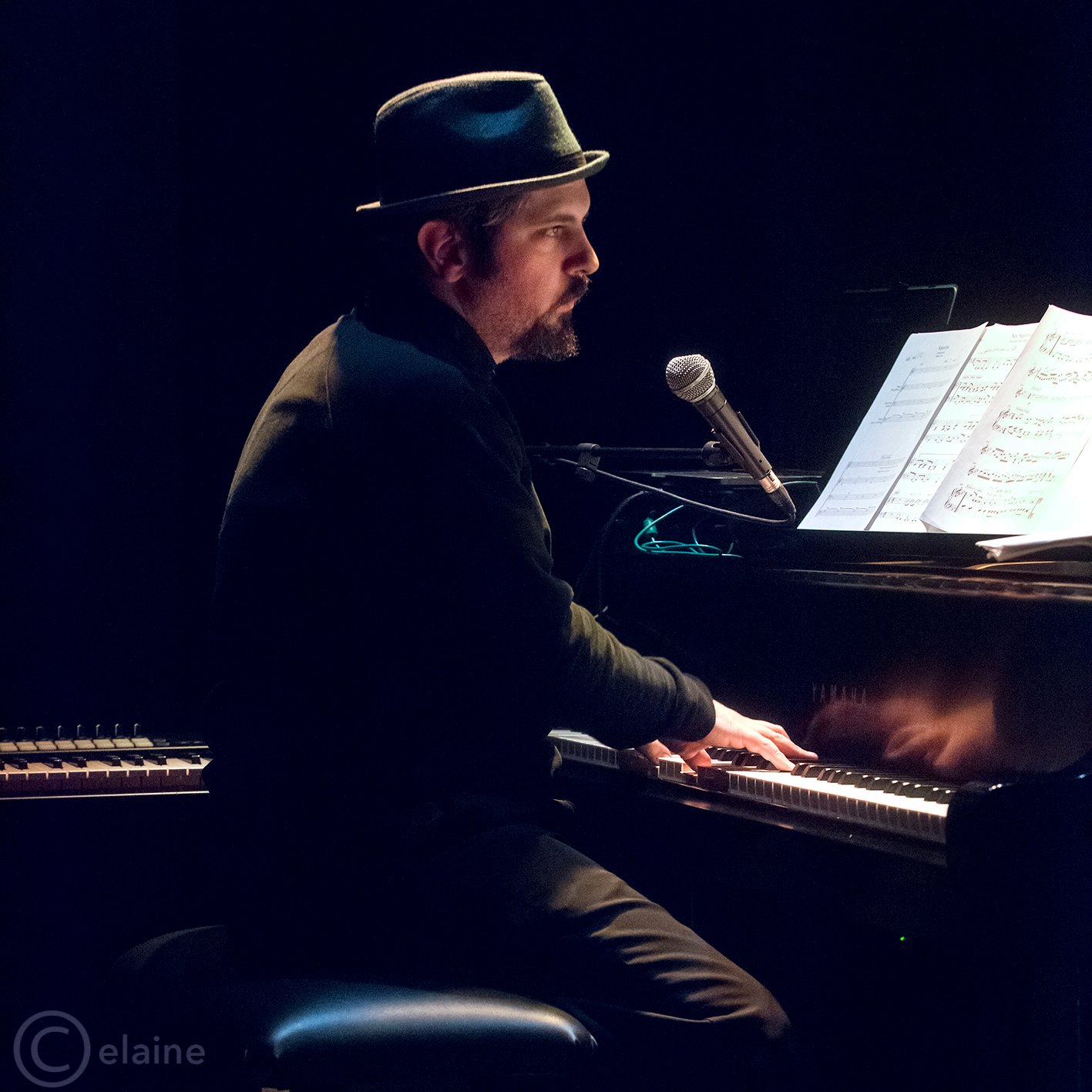 David Ryshpan is a pianist, keyboardist, composer, arranger and DJ. Described as “young, talented, and full of ideas” by the Montreal Gazette‘s Irwin Block, David leads the samba-jazz project Trio Bruxo and is a co-creator of the song cycle Alicuanta. He is also an active sideman, having performed alongside Brazilian icon Jorge Ben Jor, salsa pioneer Joe Bataan, Haitian rapper Vox Sambou, sound explorer Matana Roberts, and Canadian jazz artists Sonia Johnson, Joel Miller and Gary Schwartz. Born in Toronto, he developed an interest in jazz music at an early age. By age 14, he was regularly performing solo piano matinées at Toronto’s The Rex. His path led to Montreal, where he graduated from the McGill University Jazz Performance Programme in 2006. Additionally, David has participated in workshops such as the 2005 Banff Centre Workshop for Jazz & Creative Music, the 2006-2007 BMI Jazz Composers Workshop, and the 2007 Red Bull Music Academy. Through these endeavours, he has been mentored by such diverse talent as Dave Douglas, Jim McNeely, Michael Abene, Jeff Parker and Om’Mas Keith. In 2019, David completed his Master's in Jazz Performance at McGill University under the mentorship of Taurey Butler, Jean-Nicolas Trottier & John Hollenbeck.

There are three elements of how we communicate, teach, and learn Western common-practice music: theoretical/analytical (how it looks on the page); ear training/transcription (how it sounds); and practical (how it feels on one’s instrument). My goal, throughout my nearly fifteen years of teaching, is to link these three elements of pedagogy as one piece of information.
My teaching experience has focused on teaching “jazz” to non-jazz pianists and piano to non-pianists – in both cases, I use the student’s existing musicality as a point of departure. The “input” requires active listening and awareness while at the instrument. I am less concerned with mistakes and more with the process of correcting mistakes, building proper “muscle memory,” and becoming comfortable with multiple idioms of improvisation and performance.