Black History, The Music and the Message 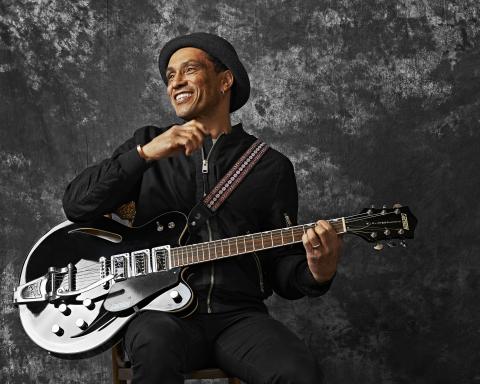 My band, Glenn Marais and The Mojo Train, have been performing our Black History program for several years now, for high schools and elementary schools in the GTA. The show is a musical walk through history, celebrating Black History at the begining with a recollection of ancient civilizations, Alexandria and Egypt and their wonderful achievements in architecture, culture and science. It progresses through the impacts of colonialism, the birth of the slave trade, call and response plantation songs, to the Delta Blues. Each section has it's own unique song, including a stomp song with a broom and a call and response song with the audience to teach them how the slaves used to sing in code to communicate and inspire each other.

After the Delta Blues, song Freedom Road that depicts the journey on the Underground Railroad, we salute Canadian Icons, Viola Desmond, Herb Carnegie and the resistance and courage shown by Rosa Parks.  The audience learns about Africville and the song, Change is Gonna Come expresses the need to continue growing and learning and standing up just like Viola, Herb and Rosa did.  The courage and resilience of Martin Luther King and the importance of the Civil Rights movement is shared in a riveting and powerful talk that ends in a rap video set to the I have a dream speech that leads into the powerful original from the band, Keep Your Head Down with visuals of the Civil Rights Struggle playing the background.

A short video plays while the band changes into colorful stage clothes for a high energy best of Black Music Showcase, from Chuck Berry to James Brown to Stevie Wonder and an incredible, Michael Jackson Medley. The finale has everyone dancing in the aisles to Uptown Funk.

This show has received rave reviews for its innovative use of multi-media, Canadian content, authentic historical music and the incredible musical and visual showcase at the end.